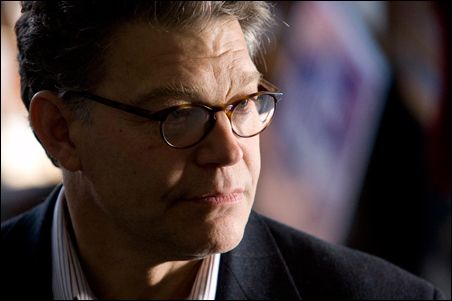 Former Minnesota Senator Norm Coleman has just given short, but gracious, concession remarks issuing greetings to Minnesota’s next US Senator, Al Franken.
Congratulations Al! This is a nice bit of news to get before flying off to Rome.
— Steve Clemons

FINALLY. . .Kurt Campbell Sworn in to Deal with Asia
The View From My Future Window & Thoughts on Demo-Hypocrisy