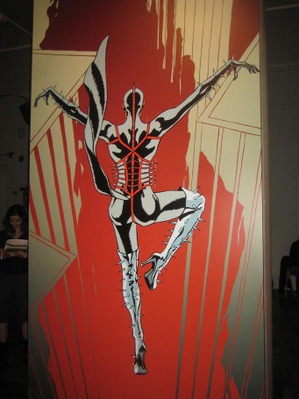 The political tremors emanating from the news that Eliot Spitzer met a prostitute in Washington, DC at the Mayflower Hotel are obvious, but a friend of mine who is an expert on probability theory suggested to me that beneath the surface noise, this is really just a “dog bites man” story.
In other words, people meeting prostitutes happens regularly through our society.
He writes:

My instinct when the Spitzer news broke was that “married man visits prostitute” is a bit like “dog bites man”. Happens all the time.
I did a little research to back that up. From studies it is estimated that there are 23 FTEP’s (full time equivalent prostitutes) per 100,000 population seeing roughly 2.4 customers per day. With a population of 300 million that makes for 165,000 prostitute visits per day.
As to what percentage of those are by married men, I’d say 25% might be a conservative guess, so let’s say 40,000 married men visit prostitutes per day. That number could be off, but I’m sure it’s order of magnitude correct.

A source for prostitution’s prevalance is available via wikipedia and its excellent roster of notes — particularly the entry under “occurrence”.
From the entry:

According to the paper “Estimating the prevalence and career longevity of prostitute women” (Potterat et al., 1990), the number of full-time equivalent prostitutes in a typical area in the United States (Colorado Springs, CO, during 1970-1988) is estimated at 23 per 100,000 population (0.023%), of which fraction some 4% were under 18. The length of these prostitutes’ working careers was estimated at a mean of 5 years. A follow-up paper entitled “Prostitution and the sex discrepancy in reported number of sexual partners” (Brewer et al., 2000) goes on to estimate a mean number of 868 male sexual partners per prostitute per year of active sex work, and offers the conclusion that men’s self-reporting of prostitutes as sexual partners is seriously under-reported.
A 1994 study found that 16 percent of 18 to 59-year-old men in a U.S. survey group had paid for sex (Gagnon, Laumann, and Kolata 1994).
A number of reports over the last few decades have suggested that prostitution levels have fallen in sexually liberal countries, most likely because of the increased availability of non-commercial, non-marital sex.[20]

I don’t think that this will really help check the political drama around Spitzer — but I think it’s useful context.
— Steve Clemons