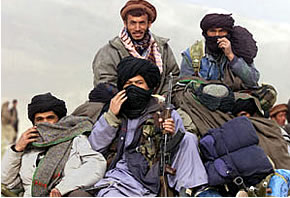 The news last week of the alleged killing of Pakistani Taliban leader Baitullah Mehsud has sparked a round of confused and contradictory messages from various parties.
American and Pakistani officials claim with more and more certainty that Mehsud is dead. Meanwhile, elements of the Pakistani Taliban admitted his death and announced a shura, or gathering, to decide a new Taliban leader, while others strongly asserted that Mehsud is alive, kicking, and making videos to prove it.
While there is at this writing no DNA proof that Mehsud is dead, the strong message from American and Pakistani officials, coupled with persistent reports of fighting between Taliban leaders Hakimullah Mehsud and Wali Ur-Rehman leads me to believe that Mehsud is either dead or out of commission.
Yet while apparently successful, strikes such as this show the potential benefits – as well as limitations – of targeted killings. New America Fellow Nicholas Schmidle explains that Mehsud has been “losing his mojo” of late, and that his killing might weaken the Taliban, but will not eliminate the organization or make Pakistan more willing to cooperate in bringing down other Taliban leaders with closer relationships to Pakistan’s military. So while killing Mehsud is a good step, more will be required to effectively diminish the threat from the Taliban, on both sides of the Durand Line.
For more on the news coming out of the region, today is the launch date for a new special project from Foreign Policy and the New America Foundation, the AfPak Channel. Edited and managed by Peter Bergen, the co-director of New America’s Counterterrorism Strategy Initiative, and Katherine Tiedemann, the policy analyst with the same program, as well as by Blake Hounshell and Susan Glasser at FP, the AfPak Channel carries original content and analysis from many of today’s top experts on Afghanistan, Pakistan, and terrorism.
— Andrew Lebovich

23 comments on “Confusion on the Durand Line”