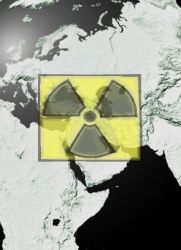 Congressman Markey is known to be one of the leading policy wonks in the US House of Representatives. His reputation for employing one of the largest numbers of PhD’s per capita on staff speaks to his interest in plumbing the intellectual depths of US policymaking, particularly US national security and nuclear policy. (It’s part of the reason he’s considered one of the leading candidates to eventually succeed Sen. Ted Kennedy).
While I have a great deal of respect for the gravitas and probity of Markey’s policy positions, I find myself disagreeing with him more often than not — most recently on his recent opinion article on Saudi Arabia in the Wall Street Journal. And though, Steve Clemons has already taken a first stab at the Markey article, there are still a number of assertions that need to be challenged.
First off, Markey makes a jab at the stability of the state and disingenuously suggests the prospect of revolution. He claims that tech transfers are dangerous citing previous cases where it ended up in the wrong hands, post the Iranian revolution. But despite the prognostications of neo-cons and their brethren (not to mention their accuracy) the Kingdom of Saudi Arabia is a relatively stable state, with a well-respected, pious, and progressive leader who is largely seen as legitimate in the eyes of his people. For one thing, rather than Instead of being installed through a US-led coup, his family unified the Arabian peninsula into a nation state. Though Saudi faces minor security threats from Al Qaeda in the near term and serious demographic and employment challenges in the long-term (both of which it is assiduously working to address) but nothing close to the popular discontent of the middle classes that fomented the 1979 Iranian revolution.
The use of language like “kingpin of the Sunni-Arab world” conveys a deep-seeded animus that is worrisome coming from one of America’s most progressive leaders. And his use of the hackneyed, clumsy phrase “America’s addiction to oil pays for the spread of extremism” betrays an impoverished understanding of what animates terrorist networks as well as Saudi Arabia’s recent about face, particularly after it became a prime target for this extremism in 2003.
Finally, though its true that nuclear assistance might be playing with fire, there seems to be a very legitimate strategic calculus to assisting the Saudi government — namely, signaling to Iran the cost of going nuclear. Right now Iran has conventional weapons superiority in the region but a drive to nuclear weapons that results in proliferation would eliminate their advantage through nuclear-provided strategic parity. If Iran actually believes that other states in the gulf region are ready and capable of also going nuclear, it might rethink its strategic calculations and turn back from weaponization. Certainly one must be wary of this spiraling into an arms race, but there is also a conceivable strategic logic to the moves being played by the US and Saudi Arabia.
Saudi and the GCC have already indicated interest in this nuclear project but also in dissuading Iran from its nuclear ambitions and ultimately developing a regional security architecture for the Gulf states as Thomas Lippman has argued. If some sort of Saudi/GCC peaceful nuclear venture is inevitable, its better the US be involved in guiding it — commanding greater influence and knowledge of capabilities — rather than China or Russia stepping in to assume the role of nuclear patron.
–Sameer Lalwani

7 comments on “Another Take on Saudi Arabia’s Nuclear Agenda”