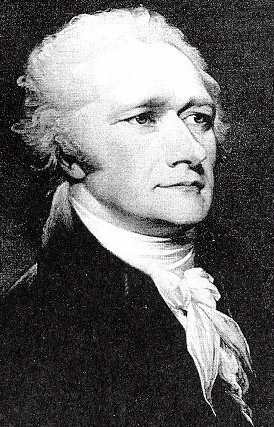 It has slightly bothered me that the Brookings Institution’s Hamilton Project grabbed some Hamilton branding for ideas that were anything but.
The Hamilton Project’s early objectives were to promote a variant of neoliberal economic policy — free and fast trade, fiscal conservatism and budget hawkishness, and a rejection of national economic strategies that would maximize American worker and producer interests over the interests of other states.
The real Alexander Hamilton who was the key conceptualizer and organizer of the American government and who laid the foundation of the nation’s strong financial architecture believed in promoting manufacturing via tariffs; promulgated the expansion of credit as long as integrity, credibility and confidence were maintained; and was America’s most sophisticated and essential economic nationalist.
But whereas our immediate past Secretary of the Treasury Hank Paulson and another Secretary of the Treasury during a Democratic White House Robert Rubin made hundreds of millions of dollars flitting between private sector responsibilities and objectives and government roles, Hamilton — even in his private life — studiously avoided financial conflicts of interest.
Hamilton believed in banks and finance and built, wrote the corporate charter for and co-founded the Bank of New York — the first firm in the new nation whose stock was traded on the New York Stock Exchange.
But to avoid the appearance of conflict, Pulitzer Prize winning author Ron Chernow reports that Hamilton — who was at the time of the Bank of New York’s founding in 1784 a private lawyer — “held in his own name only a single share of the bank that was long to be associated with his memory.”
Rubin is a mega-share/mega-option guy. Hank Paulson too.
And while Tom Daschle and Nancy Killifer have been castigated for errors in tax reporting and essentially barred from serving their government, a deeper, more profound structural corruption has fixed itself in the superstructures of government that is drawing almost no attention.
While many are criticizing the gross and wrong AIG taxpayer-funded bonuses of senior executives, the truth is that that kind of corruption is relatively small time — even at $165 million — and was predictable. The outrage expressed by Obama, Lawrence Summers and Tim Geithner must be feigned — or they don’t know what they are doing in the positions they have acquired.
But what is serious is that Goldman Sachs executives seem to have lied or at best seriously misled the media and public during the early stages of the AIG financial crisis stating that their firm did not have significant exposure to AIG’s collapsing financial position.
But after AIG published its roster of financial distributions, Goldman Sachs comes in on the top of the list at $12.9 billiion.
Treasury Secretary Paulson and former Treasury Secretary Bob Rubin both served as top executives at Goldman Sachs — and in the end, they wouldn’t let Goldman collapse despite allowing Lehman Brothers to die.
Rubin and Paulson have had major conflicts of interest that make Tim Geithner’s tax manipulations while an IMF employee look pathetically insignficant. Tom Daschle’s rides in a town car, Killifer’s failure to pay taxes on domestic help, and others who have avoided government because of the very high hurdles Obama has set for those who join his team simply pale in comparison to what we have learned about Bob Rubin’s ties to Citibank, Goldman and the Treasury; Hank Paulson to both Treasury and Goldman — and which have implications as well for their chief acolytes Lawrence Summers and Timothy Geithner.
AIG and Goldman both lied about their positions last September. And Hank Paulson and other major financial elites involved in the AIG bailout knew it also.
That is the story we should be following — but few are paying attention.
And we should remember that the great economic genius of the early United States, Alexander Hamilton — the man who hatched the great Bank of New York — possessed just ‘one share’ of that bank.
We should be re-reading about Alexander Hamilton’s life and deeds. Soon it is easy to see how he would have been fairly disgusted by those who have recently held his position and pretended to carry on his brand of national interest public service.
— Steve Clemons