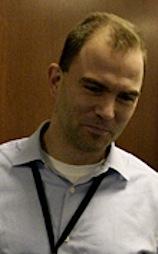 Politico‘s Carol Lee wrote an interesting profile of Obama foreign policy speech writer Ben Rhodes on May 18th, 2009.
But then in the German publication, Stern, an article written by Von Niels Kruse which references Rhodes and makes strikingly similar comments as Carol Lee’s piece was published on June 3rd, 2009.
A loyal reader of TWN who happens to be a German government official sent this material my way.
I asked him if he thought there was plagiarism in the German piece, and he responded:

Maybe in parts, at least quite similar, there are too many similarities and only one reverence to Politico and another one “… said in an interview”
This is all without mentioning the source and – at least – quite similar:

The world has gotten too small to have material possibly lifted in one language then appear in another without attribution.
I’m not making accusations today — just tossing out something where the similarities are worth noting.
Thanks to my German political friend for sending this in.
— Steve Clemons