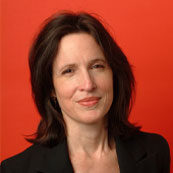 Katrina vanden Heuvel, editor of The Nation, has challenged Nation contributors Jeremy Scahill and Naomi Klein with misreading the tenor of the magazine’s endorsement of Obama.
Her main point is that despite suggesting editorially that he is the best candidate, The Nation‘s endorsement is not full-throttled and highlights serious concerns about him.
I particularly liked this clip from vanden Heuvel’s piece:

It is true that The Nation has endorsed Barack Obama. But as we have explained, that does not mean that The Nation endorses every one of his Iraq-related policies. Obama’s plan to end the war falls short in some important respects. We have been critical of the size of the embassy he plans to maintain, his ambiguous stance on private contractors and his plans for a sizable “follow-on force” (concerns raised in Scahill’s March 17, 2008 Nation piece, “Obama’s Mercenary Position“.
In the remainder of this presidential campaign, and no matter who wins the Democratic nomination, the very definition of withdrawal will be repeatedly contested. We will continue to publish articles and editorials like Scahill’s that strive to sharpen and clarify the terms of that debate. Moreover, we will continue to oppose the commitment of both Clinton and Obama to increasing the size of the military and to spending more on our military than the rest of the world combined. We believe, as Klein and Scahill do, that progressives must use the continuing primary race to challenge these policies.

Katrina vanden Heuvel echoes an issue that I mentioned on Rachel Maddow’s show on Air America Radio last night: Obama and Clinton are both “Pentagon-huggers.”
Neither one is saying something that is strangely absent from political discourse today.
America’s economic and national security portfolios are in a shambles today — and both pretty much want to add programs (which have high costs) and bolster the size and responsibilities of the American military. Even any financial benefits from withdrawing from Iraq will not be available for domestic infrastructure spending or other health, education, or social programs — because the military will have “rebuilding needs” in addition to building out the size of its manpower.
America spends more on national security when including Iraq and Afghanistan supplemental spending bills than all other nations in the world combined — and yet we still don’t feel like a safe nation. This is a classic “management problem.”
We are misdeploying resources and frankly, overspending on the Pentagon by a vast degree. Neither Obama nor Clinton is saying this.
While Katrina vanden Heuvel’s editors have endorsed Obama, I like that she has qualified the publication’s support and not offered the kind of full-throttled endorsement that overlooks serious issues.
— Steve Clemons

Political Books: The Right, The Left, the Radical Center
<em>Guest Post by Ben Katcher</em>: McCain is Not the First

23 comments on “When All is Said and Done, Clinton and Obama Remain Pentagon-Huggers”