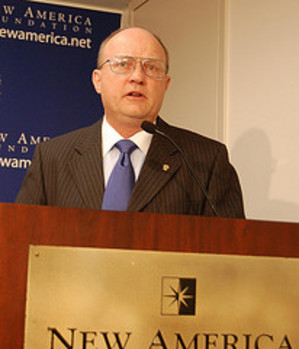 Yesterday, President Obama’s spokesman Robert Gibbs and National Security Council Director for Latin America Dan Restrepo unveiled the administration’s pre-Summit of the Americas opening move on US-Cuba relations.
In the package, travel and remittance restrictions on Cuban-Americans are completely waived. Japanese-Americans, Scotch-Irish types, Jewish-Americans, non-Cuban descended African-Americans, non-Cuban descended Latinos, and those from Iceland who have naturalized as US citizens are not covered under the Obama plan — along with a lot of other Americans.
Nonetheless, opening up travel and engagement for any group is some progress — just not nearly enough.
Obama also eased humanitarian aid levels and perhaps most interestingly — in a move that not only allows cell phone options for visiting Cuban Americans to Cuba but also matches a similar electronics liberalization step taken six months ago by Raul Castro — the administration is allowing US telecommunications firms to work out communications deals and arrangements with Cuban firms. This is important because it will broaden the ability of Cubans themselves to communicate with the outside world and prevents a potential fiberoptic and communications monopoly from going to Venezuela.
Today at 9:00 am in Washington, DC, I will be chairing a morning conference on US-Cuba relations with a great panel of commentators who will be addressing the upcoming Summit of the Americas and US-Cuba relations.
This event will be “taped” by C-Span and air later — but you can watch live on line here at The Washington Note.
Here is our morning schedule for the program, “Is It Time to End the Cold War in Latin America? America’s National Interests, the Summit of the Americas, and a New Look at US-Cuba Relations”

Should be an interesting session.
— Steve Clemons

8 comments on “LIVE STREAMING: The Obama Administration’s Cuba Moves & The Summit of the Americas”