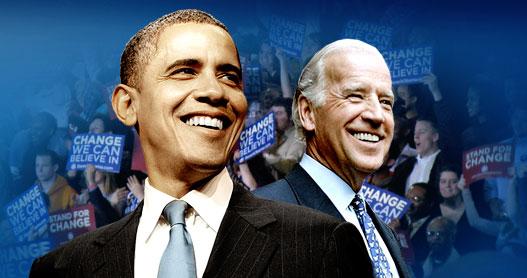 Just when you thought we had eclipsed Scalito and Billary, you get your choice of Joebama or Obiden. Whichever it is, the two seem like good complements in more than name.
But I’m curious to see how their takes on policy toward Pakistan will meld given their wide distance on the subject a year ago — Obama with his controversial speech deemed populist and impetuous in contrast with Biden’s plan that demonstrated the great study, nuance, and precision of a seasoned bureaucrat.
Still, I’d imagine they’ll blend better than Team McRomney (which sounds like a fast food chain restructured by Bain).
— Sameer Lalwani

21 comments on “Let the Puns Begin”