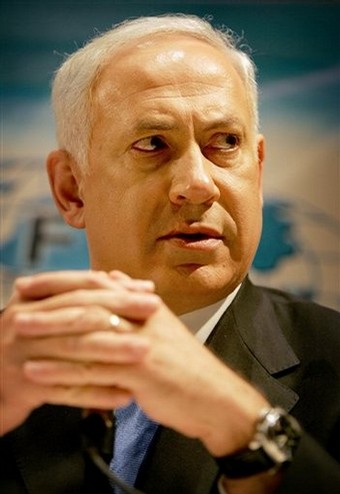 One of the interesting things to observe after George Bush issued his dictate to the world — “You are with us or against us” — was how some of those nations “with us” began to assume that their importance to and relationship with the United States was “unconditional” and that they could do virtually anything without worry of harming that relationship.
Taiwan and Israel were the two most interesting nations to watch because both suffer types of identity crises. Taiwan wants to be a fully recognized independent state by all parties but knows that China’s ascending power is undermining that fantasy rapidly. Israel, on the other hand, is the only true superpower in the Middle East but lives within borders that are in dispute and with some of its citizens trying to colonize territory that the international community has determined do not belong to it.
To his credit, George Bush instructed his Ambassadorial equivalent in Taipei, American Institute in Taiwan Director Douglas Paal, to tell Taiwan’s premier that the US would not countenance any declaration of independent status from China by Taiwan. Bush set his own red line and told Taiwan there were conditions to the relationship — real ones.
Israel, in contrast, seems not to have been given any red lines or conditions by the Bush team — other than perhaps pretending to be interested in the Annapolis peace process. Secretary of State Condoleezza Rice and even Bush himself complained about the ongoing expansion of settlements by Israelis in occupied territories — but no firm penalties were applied by the US to Israel for these illegal settlements.
Now Israel has gone one better and is issuing instructions to the United States on what America’s red lines with Iran should be. The implication of course is that Israel will take matters into its own hands if these lines are crossed — whether America does or not.
According to a piece that will appear in tomorrow’s Haaretz, Barak Ravid writes that these red lines and instructions of Israel to the U.S. will be presented to Secretary of State Hillary Clinton:

1. Any dialogue must be both preceded by and accompanied by harsher sanctions against Iran, both within the framework of the UN Security Council and outside it. Otherwise, the talks are liable to be perceived by both Iran and the international community as acceptance of Iran’s nuclear program.
2. Before the dialogue begins, the U.S. should formulate an action plan with Russia, China, France, Germany and Britain regarding what to do if the talks fail. Specifically, there must be an agreement that the talks’ failure will prompt extremely harsh international sanctions on Iran.
3. A time limit must be set for the talks, to prevent Iran from merely buying time to complete its nuclear development. The talks should also be defined as a “one-time opportunity” for Tehran.
4. Timing is critical, and the U.S. should consider whether it makes sense to begin the talks before Iran’s presidential election in June.

Iran’s pretensions in the region are a problem in my view — but Iran, which fears regime change efforts by the US and other of its neighbors, is responding to an “ecosystem” that many around the world have complicity in building.
Israel should be rebuffed by Hillary Clinton. She should listen to Israel’s views on the region of course — and consider proposals. But this kind of instruction manual on what red lines can be tolerated or not is pretty outrageous — and borders on the type of irresponsibilty and consequences of what a Taiwanese declaration of independence from China would mean.
In other words, if Taiwan wants to declare independence from China — so be it, but America will not be there as a stabilizer, defender or buffer. And if Israel has the audacity to make America’s strategic choices — particularly in public — then Israel can bomb away — but needs to know that such an act will irreparably harm US-Israel relations. A collision with Iran has nothing to do with Israel — despite Obama’s and Lieberman’s and Cheney’s and Clinton’s and McCain’s rhetoric.
A potential war with Iran will have other drivers than Israel’s circumstances and will have truly global ramifications that reach far beyond Israeli security. Such a conflict could happen — and depending on Iran’s course in the future perhaps even should happen (though that’s clearly not the case today) — but such a move would need to be weighed and managed hyper carefully. Israel can not be allowed to determine such a consequential choice for the United States.
Israel can help a lot by trying to become a constructive participant in changing the climate of tension and hostility in the Arab region. Right now, Israel’s performance leaves a lot to be desired — and the act of the victimized, bullied superpower is growing old. Israel controls a great deal of temperature in the Middle East and could significantly change the views of many Arabs towards the US, the West, and even Israel if it tried. Not doing so actually animates the bravado from and tension with Iran’s political leadership.
Israel is crossing the line by instructing the American Secretary of State and President where there lines “should be”.
— Steve Clemons

The View from My Window: Corpus Christi
CUBA: Big Changes in Castro’s Guard

99 comments on “Israel is Crossing the Line”