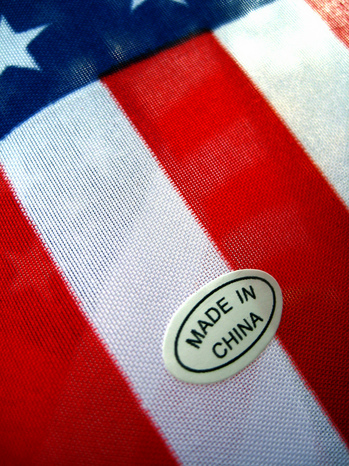 The idea of being attached to a Siamese twin you’re not particularly fond of is a fairly horrifying one to say the least. Yet for the past decade or more, this is exactly the predicament in which the U.S. and China have found themselves.
“Chimerica” is a term concocted by the British historian and economist Niall Ferguson back in 2007. Ferguson coined the phrase to draw attention to the fact that intertwined financial relations have resulted in the countries working as a single economic superstructure, with China doing the saving and the States doing the spending. Depending on how you look at it, this is anything from a match made in heaven to MAD in fiscal form.
The big question zinging around the op-eds and magazines since the trauma of last winter is where this relationship is headed. Ferguson himself annulled the marriage in an August Newsweek article, warning that China could, like pre-WWI Germany, elect instead to cut a solo path for itself as an aggressive expansionist power (there so many holes in this analogy it’s barely worth counting them, but The Atlantic‘s James Fallows has a go here).
It is true that China has been showing signs of trying to loosen the bonds that tie it so closely to America’s fortunes. Earlier this year, the head of China’s central bank Zhou Xiaochuan published a fairly heavyweight paper on how the world could go about creating a synthetic alternative to the dollar as the world’s currency reserve (‘we’re done buying your debt’). In the meantime, China’s leaders have been beating the drum on boosting domestic consumption ever since they announced a $585 billion stimulus package aimed at doing just that (‘we’re done making your stuff’).
It’s heady stuff – a Sino-US decoupling would mean big changes in both economic and geopolitical terms. But there are more than a few reasons to be skeptical, at least in the medium term.
Discounting for a moment the global currency issue (even Zhou admits it’s a slow burner), a big question mark remains how quickly China can boost its domestic consumption. China’s leaders have been reporting impressive increases in retail sales recently, but as Gordon Chang points out in the New York Times, their sums don’t really add up.
As far as I can tell, there are multiple and deeply ingrained systemic reasons why extracting itself from its current export-oriented model is going to be a very long, and probably quite painful process for China. Tom Friedman has observed with weak-kneed admiration the ability of autocracies to, you know, really get things done. But while this certainly applies to nice, visible things like rail systems and stadiums, solving complex problems with multiple socioeconomic moving parts is another question entirely:

1. China’s policy micromanagement is actually very poor, with implementation at local and provincial level often hopelessly diverted from its original aims by a multitude of competing interests.
2. The inertia behind exports is also huge – dismantling or even readjusting the manufacturing sector as it currently stands will likely mean major job losses – not good in a country where social stability is on a knife-edge. Given how much of China’s stimulus money ended up propping up the existing system, this is clearly not a risk Hu Jintao and co. are willing to take just yet.
3. China’s households account for only around 30% of GDP – one of the lowest ratios in the world. Even if they were spending every penny of their income, this would barely make a dent in the status quo.

For these and a dozen other reasons, this marriage looks safe, for the time being at least.
To discuss the U.S.-China marriage and its future prospects, the New America Foundation/American Strategy Program will host an event this Monday, October 19 from 12:15pm – 1:45pm. The event will feature Zachary Karabell, author of Superfusion: How China and America Became One Economy and Why the World’s Prosperity Depends Upon It.
The event will stream live here at The Washington Note.
— Oliver Lough

4 comments on “Guest Post by Oliver Lough: Stuck At The Hip?”