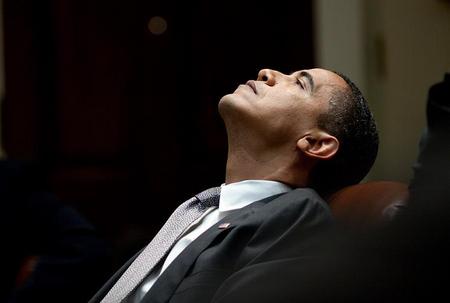 Even as the entire country shifts gears to health care, some people are still concerned about the devastating numbers of unemployed persons and the government’s efforts to get people back to work. CNN has just run a piece I wrote cautioning the Obama administration on its optimistic assumptions about creating green jobs.

WASHINGTON (CNN) — After the release of a miserable June jobs report, President Obama stood with a group of green company CEOs and told reporters that “men and women like these will help lead us out of this recession and into a better future.”
But if the White House puts too many eggs in the green recovery basket, we may all be disappointed. The green sector is simply not large enough or competitive enough to be a major engine of job creation.
The CEOs who stood with Obama lead smart, innovative and, in many cases, rapidly growing firms. But green firms in the United States are small and employ relatively few people.
Applied Materials, one of the larger companies at the meeting and a producer of solar cells, employs 13,000 people worldwide and only 6,000 in the United States. Hara, a smaller company at the table, uses computer models to reduce energy consumption and carbon emissions. Hara employs 30 people in the United States.
Moreover, data on production of green technologies globally show that the United States is becoming less competitive. Looking at the “green trade balance,” or the balance of trade in goods for reducing pollution, increasing energy efficiency and producing renewable energy, the United States moved from a trade surplus of $14.4 billion in 1997 to a trade deficit of $8.9 billion in 2008.
Thus, job creation for production of green technologies may occur far more outside than inside the United States. Investing in green energy will create jobs, but many of these jobs may be created elsewhere.
This is not to disparage these innovative companies. They may one day revolutionize energy generation and consumption the way Google revolutionized the Internet.
But green industries will not achieve this goal in the near future and will probably remain dependent on government subsidies for the short- to medium term. Since the Carter administration, activity in the green sector has waxed and waned as the green economy has come into vogue and fallen out of favor with politicians.
Currently, large federal subsidies go to the renewable energy sector. According to estimates by the Energy Information Agency, solar energy receives $24.34 in federal subsidies per megawatt hour (MWh) of electricity produced. Electricity generated by wind receives $23.37 per MWh. By way of comparison, natural gas receives 25 cents per MWh and nuclear power receives $1.59 per MWh. The stimulus law — and the climate change bill, should it pass — will increase the subsidies for renewable energy and energy efficiency.
And because the green sector is heavily dependent on subsidies, its growth potential is self-limiting. As more money is invested, the government goes into more debt. In other words, in the short term, the green sector can grow only as much as you subsidize it.
Furthermore, a focus on green investment may even neglect or underfund other areas of the economy that have greater potential to grow the economy. Money spent on infrastructure, more aid to state governments and boosting exports by cutting corporate taxes would do more to help our economy recover than pouring money into a relatively small number of green jobs.
The White House certainly has high hopes for the green sector. Obama said during the campaign that $150 billion in green investments would create 5 million green jobs over 10 years. Vice President Joe Biden also puts a lot of stock in the green recovery. He chose green jobs as the first topic to address as the head of the Middle Class Task Force.
But, relying heavily on the green sector for job creation will probably disappoint. According to a study conducted by Global Insight, the total of all green jobs in the United States equals half of one percent of total employment (about 750,000 jobs). This is roughly the same number of jobs that the economy shed in January. The same study projects the potential to create 4 million green jobs, but says it will take 30 years to do so.
Even if the green energy sector were to grow 50 percent overnight, it would be able to do so only on the back of heavy government subsidies and with limited returns to the economy. This 50 percent increase in green employment would not even make up for the jobs lost in any single month of 2009.
To be sure, the United States should develop its green energy sector. Green technologies can help protect the environment by reducing pollution, and investments in the green sector today are likely to pay off in the long run. At the same time, the president should recognize the limits of the green sector to contribute to the job creation the country will desperately need during the next few years.